How to explain your research

Science for everyone - 4th DZG Workshop

Each year the German Centers for Health Research (DZG) jointly organise a workshop for early career scientists. The 2020 workshop focused on science communication and took place from 3rd to 5th March at the National Institute for Science Communication (NaWik) in Karlsruhe. 26 participants, six of them from the German Center for Lung Research (DZL), learnt how to communicate their research effectively to different target audiences and developed potential outreach activities for the Berlin Science Week 2020. 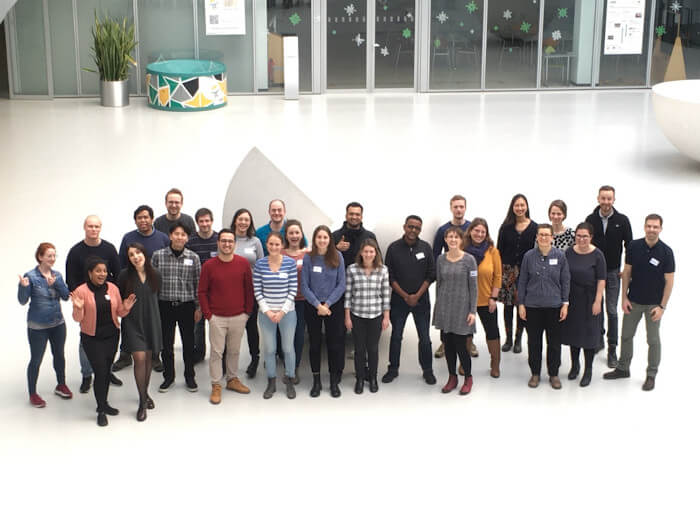 Two experienced science communicators, Dr. Ulrike Brandt-Bohne, biologist and TV presenter of the ARD-science programme „Kopfball“ and biochemist and science journalist Ingo Knopf conducted the training in English and German. During the first two days of an interactive seminar, participants learnt how to improve their presentation skills in order to communicate their research effectively and clearly to different target audiences. Each participant had to present a flash talk about their research project in language accessible to a lay audience. The trainers and participants provided feedback on how to improve the presentations.

How could the DZG present themselves at Berlin Science Week?

On day three, everyone contributed to the design of six creative outreach activities in preparation for the Berlin Science Week in November 2020. Amongst the suggested activities was a „DZG-Health Ralley“, in which each of the six DZG would be represented with one information booth. The aim of the ralley would be to inform visitors about disease prevention. Further, it was suggested to run a pub quiz on „milestones in history of science“, a discussion forum on „women in science“ and a medical detectives game encouraging visitors to guess the disease of a patient by interrogating experts. In another activity - „Train your brain on the train“ – travellers on trains would be encouraged to participate in excercises for the prevention of dementia. Another group came up with the idea of „At the Front Line of Science“, where attendants could experience  what its like to be a scientist first hand, by trying to fight a disease using information provided by experts. The participants presented their ideas with enthusiasm and discussed their feasibility with the trainers. 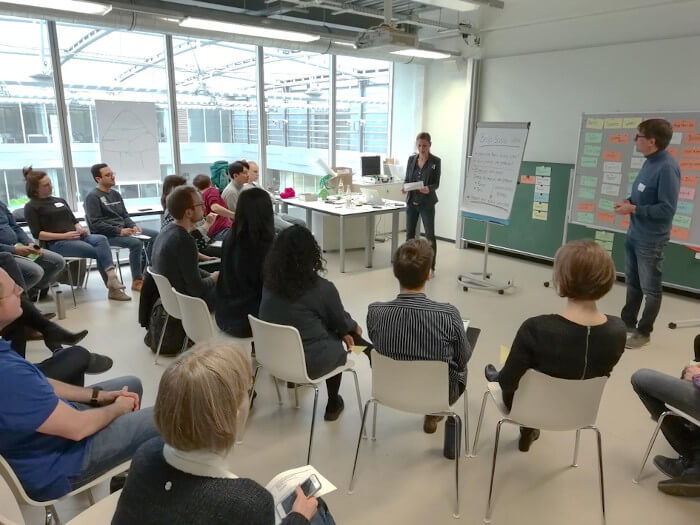 What makes a great presentation?

All six DZL-participants drew positive conclusions from the workshop and mostly benefited from learning how to apply different formats to confer messages to scientific and non-scientific audiences alike.

Ettore Lignelli, PhD student at the Universities of Gießen and Marburg Lung Center (UGMLC) explains: „It is important to keep it simple and to focus on the key message. When talking to a lay audience, it helps to point out the role science plays in their everyday lives“.

Dr. Sandra Christochowitz, postdoc at the Translational Lung Research Center Heidelberg (TLRC) adds: „The meaning of words that are commonly used by scientists, like „characterise“, might not be familiar to non-scientists with respect to its meaning in science. Therefore, it is important to choose your words wisely in order not to lose your listeners and to frustrate them. Also, the communication style has to be balanced carefully. Science should be presented objectively, but also in a way that it sparks the enthusiasm of the audience“.

The participants did not only learn how to talk to a lay audience, it soon became apparent that even the communication with other scientists can have its challenges. Dominik Thiele, PhD student at the Airway Research Center North (ARCN) explains: „We are used to giving talks to experts in our field, but during the workshop, we explained our research to DZG-scientists of other fields and naturally had to adapt our language and our point of view“. 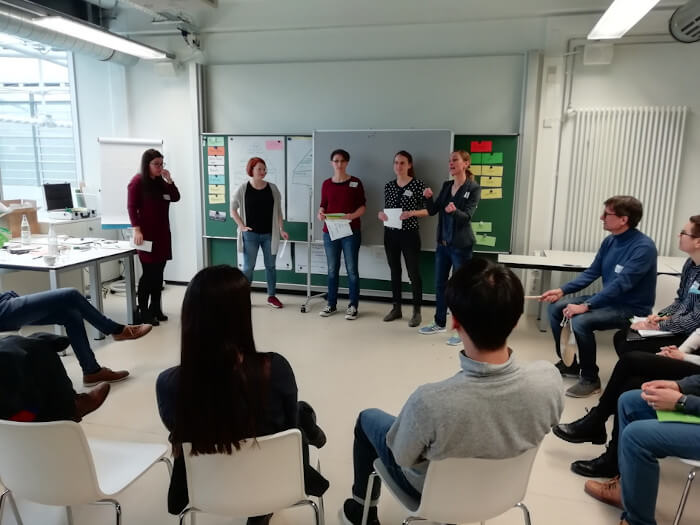 Six teams developed activities for the Berlin Science Week and presented their ideas to all participants. (Image: Doreen Penso Dolfin/TLRC)

Science communication – What’s in it for me?

Ali Doryab, PhD student at the Comprehensive Pneumology Center Munich knows that effective communication can help to facilitate interdisciplinary collaborations: „As biomedical engineer I work with biologists, engineers and medical doctors. I am always eager to improve the communication with my colleagues because it benefits our collaborations“.

Alberro Brage’s, a PhD student at UGMLC Gießen, summarizes what benefits the exchange with a lay audience may have for scientists, especially if the planning of outreach events that take away precious time for research „For scientists publishing in peer-reviewed journals takes priority. Therefore, it might seem that reaching out to non-scientific audiences would not really benefit their career. However, outreach activities can improve the interaction between researchers and the general public, influence policy makers and have an everlasting positive impact on society“.

Henri Schulte, PhD student at Biomedical Research in End-stage and Obstructive Lung Disease Hanover (BREATH), has already been involved in organising Science Slams and highlights further advantages to scientists: „The participants of our Science Slams are usually highly motivated and engaged. They get an insight into other research fields and the opportunity to build networks with other scientists. We generally also observe slammers becoming more confident presenters”.

Further information about NaWik and their seminars on the basics of science communication can be found here https://www.nawik.de/about-nawik/.

The next DZG-organised Workshop is planned for spring 2021.